Four ways technology can advance police work — and your career.

Modern police departments have an array of devices and tools that may revolutionize law enforcement and help uphold public safety. Here’s a look at the technological innovations that are shaping police work around the country. The rise of department-wide body cameras Body cameras have become a hot topic in policing in recent years, and more […]

To Put This in Context:

According to the FBI, 1,197,704 violent crimes were committed in the U.S. in 2015. [1] In an attempt to develop smarter law enforcement training, police departments have used advanced technology to anticipate when and where crimes will happen. You can learn to employ these systems and techniques with an online degree in criminal justice and criminology.

Modern police departments have an array of devices and tools that may revolutionize law enforcement and help uphold public safety. Here’s a look at the technological innovations that are shaping police work around the country.

The rise of department-wide body cameras

Body cameras have become a hot topic in policing in recent years, and more departments are pledging to expand their use in 2017.

For example, Chicago Police Department Superintendent Eddie Johnson announced that his department would fast-track the use of body cameras and have every officer in the city wearing a camera by the end of 2017, CBS Chicago reported. [2]

Law enforcement officers in Sacramento hope to implement cameras even sooner. The city council recently ordered 750 cameras as well as additional devices to keep on reserve and hoped to have every officer using them by September of 2017. [3]

Accompanying the increased use of body cameras are discussions about how they will be used and how footage will be managed.

At the Sacramento Police Department, the cameras can be activated either by the officer or automatically through Bluetooth technology, CBS Sacramento reported. The footage will be stored for 18 months, and the department is upgrading its technology to develop a high-quality video archive system for the footage.

An online degree in criminology and criminal justice can expose you to the wide array of applications for body cameras, such as enhanced training, accountability, and improved officer-civilian interactions — providing tech-savvy expertise before you enter the workforce. 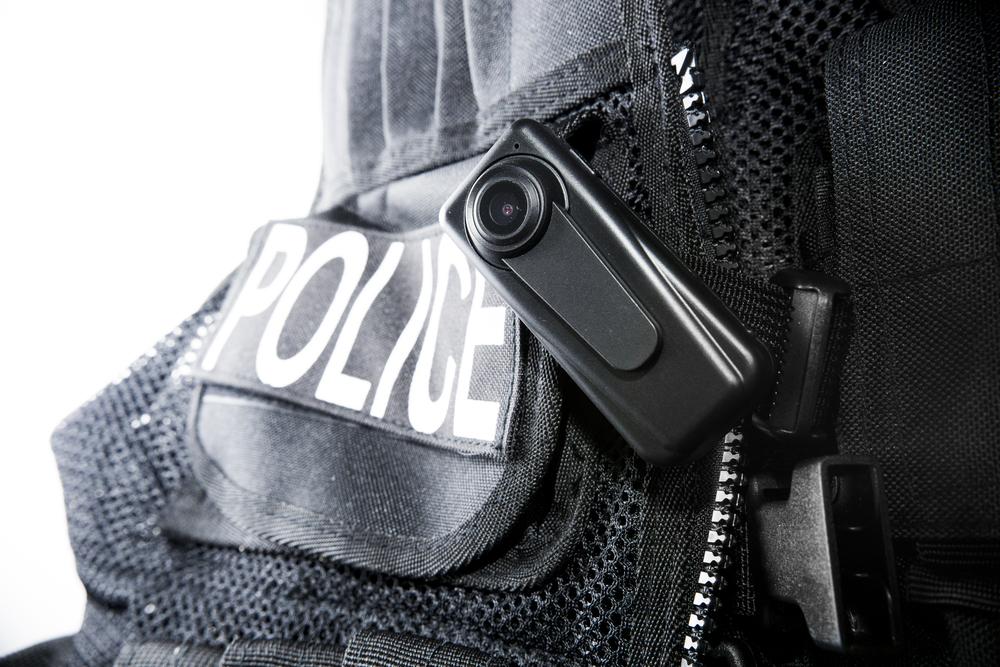 Identifying crimes with “predictive policing” before they happen

For example, the Pennsylvania State Police recently gave the go-ahead for a $7 million technology upgrade that analyzes crime reporting trends to better help the department identify and patrol high-probability crime areas, according to TribLive. [4]

In addition, the upgraded computer system will enable a “problem-specific policing database,” as Capt. Sean Georgia called it, through which officers can easily access suspect photographs and other relevant materials.

Other departments will also be making upgrades to their systems, bringing outdated systems into the 21st century. Orange County, California, approved $900,000 in 2014 to upgrade the police department’s current computer systems, which dated back to 1995, the OC Register reported. [5]

This system will support the department’s CompStat program, which analyzes “crime and traffic collision data in an effort to identify crime trends and patterns.”

An online degree in criminal justice or criminology can provide you with a strong foundation in data processing, as well as the analytical skill set to make smarter police decisions for your department or agency. These skills are imperative to understanding the full spectrum of crime in your community, which can create a safer environment influenced by data-driven policing.

University of Cincinnati Master of Science in Criminal Justice

Enjoy the flexibility of a 100% online learning environment with the same quality education you expect from PSU. Make a difference and lead the change with Portland State University. Learn More

The police department in Adams County, Pennsylvania, is doing just that. It recently accepted a $150,000 Justice Assistance Grant that will go toward the implementation of e-citation software in police cars and an information-sharing system, according to the Evening Sun. [6]

Not only will the new system help the department write and manage citations more efficiently, but it will also support more effective data exchange between officers and agencies — a capability that Carroll Valley Borough Police Chief Richard Hileman believed was sorely missing.

“The lack of data sharing is staggering in a county with 16 independent agencies issuing traffic citations,” Hileman wrote in his application for the grant.

Top colleges and universities now offer online criminology degrees informed with data management courses. This specialized skill set can help law enforcement professionals use data management to save time on administrative duties so they can focus on what’s important — protecting the public.

Some of the most difficult decisions a law enforcement officer may face arise in high-pressure situations where the officer is forced to make a quick decision. Training for these situations can be difficult.

In 2017, however, exciting advances in virtual technology may make it possible for police officers to more effectively train for these situations.

Virtual simulations enable officers to train in situations that feel like real life, helping them hone their decision-making skills in the face of pressure, adrenaline, and anxiety. #Context

The Arizona Department of Public Safety recently purchased a virtual training system with an array of features to make the simulation more realistic, Fox 10 reported. [7] The program has more than 150 different policing scenarios built in, with each of those scenarios having multiple possible endings. Police officers wear shock boxes that add to the stress and carry their own guns. The training scenarios are designed based on real experiences of former officers.

“We can immerse them, we can make it almost realistic enough that they can build experience, build knowledge they can revert back to when they’re in a real-life incident,” said Scott Dilullo of Virtra, the company that developed the training systems.

The training systems utilize five screens to create a realistic, 300-degree environment. The Virtra system and those like it go beyond impressive specs, however, to ultimately help officers develop strong decision-making skills in complex situations. [8]

If you are looking to update your law enforcement training, an online degree in criminal justice or criminology can expose you to advanced technologies such as virtual reality policing and more. Online students typically have the same educational privileges as on-campus students, such as access to high-tech training facilities. There you will have the opportunity to learn the verbal skills, report writing, and decision-making tactics to de-escalate even the most tense situations — all in a simulated environment.

Enlisting the help of drones

Amazon may be grabbing headlines with its drone delivery service, but police departments may also see some benefits from the devices. Drones can help improve patrols and aid search and rescue operations, helping officers survey a tense situation or trail a suspect on the run without putting their lives in danger.

More than 300 police departments in the U.S. use drones, according to Los Angeles sheriff’s Captain Jack Ewell, radio station 89.3 KPCC reported. [9] He said that 30 police agencies use the devices in California, with the sheriff’s agency recently announcing that it would begin using them this year, making it the first in Los Angeles County to do so.

Here is a breakdown of how drones can positively impact police work:

Unmanned drone piloting for law enforcement is a niche skill set that needs qualified professionals. An online degree in criminal justice with a concentration in homeland security can expose you to drone piloting courses that can revolutionize the way your department does police work. You can graduate with workforce-ready skills that can qualify for professional roles in law enforcement organizations and government agencies across the country.

Advance your law enforcement expertise with an online degree.

It is an exciting time for police work, with an array of innovative technologies transforming how officers uphold their duty to protect the public. Whether you desire to enter police administration or learn specialized skills at the leading edge of law enforcement, an online degree can get you there.

We're academics. Education is at our core. It drives everything we do. In fact, we can trace our roots in education as far back as the 1700s. In the past decade alone, we have impacted hundreds of thousands of lives by connecting students with the right degree programs.